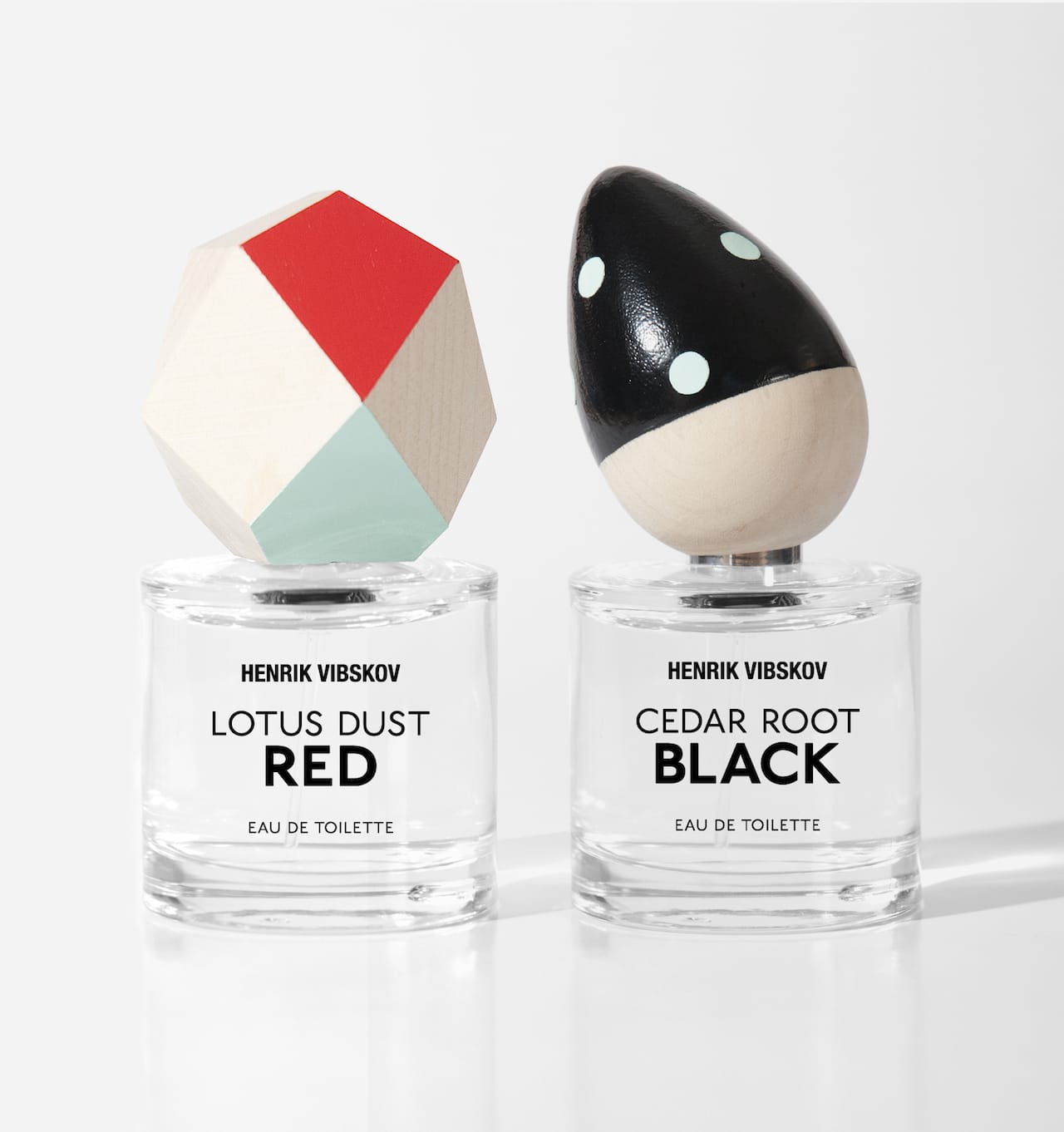 Danish fashion designer Henrik Vibskov is proud to launch a duo of fragrances, Cedar Root Black and Lotus Dust Red. This new line was originally inspired by the elegant and outlandish natural landscapes of Asia. Within the Vibskov universe, Cedar Root Black and Lotus Dust Red was re-imagined as two beautiful and unreal experiences of citrus pine-forest floors, and of dusty red lotus fields.

Fresh and tonic, Cedar Root Black is a zesty harmony of citrus and dusty woody pine. The scent unfolds to include awakening notes of gin, almond and leather with playful hints of fizzy jasmine, black pepper and ink.

The scent has a warm heart of lotus root and sandalwood musk. It develops to include balanced top notes of mandarin, canola oil and Russian Earl Grey Tea, settling with a dry down of spiced, subtle orange blossom florals and deep musky birch.

The new fragrances have been developed closely with renowned perfumer Louise Turner of “Givaudan“, the Parisian perfume house. “Givaudan“ is the global leader in the fragrance industry, having created many perfume classics, best sellers and industry award winners throughout a history that spans over a century. The perfume bottles and the production of the Eau de Toilette, are made in Grasse, Southern France.

Cedar Root Black and Lotus Dust Red will be available in selected stores from October 2015 in 50ml perfume bottles. The new duo follows Vibskov’s first line of fragrances released in 2011, The TYPE Series, which were based on specific moments in three different cities – Copenhagen, Berlin and Damascus.

The Cedar Root Black and Lotus Dust Red perfume bottles are topped with hand carved and painted wooden blocks, linking Henrik’s dynamic craft to this new product in the Vibskov world. The design for the perfume bottles was developed early in 2013 by Ida Marie Therkildsen, who at the time was com- pleting her graduation project while interning at the Henrik Vibskov Studio. She is now the co-director of the design studio „Paper Beat Rock“.

The Henrik Vibskov flagship boutiques are located in Copenhagen and New York.

Begin typing your search above and press return to search. Press Esc to cancel.